From The Binding of Isaac: Revelations Wiki
Jump to: navigation, search 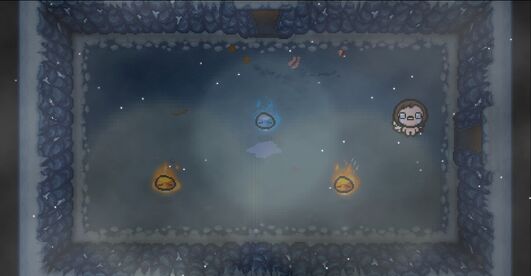 An Aura is a field of effect that applies statuses based on what type of aura it is. There are currently three types of auras in the game, all added in Revelations Chapter One: Warmth Aura, Chill Aura, and Freezing Aura. 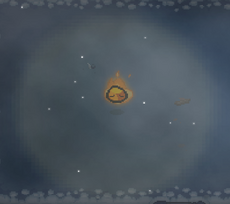 Warmth Auras are helpful for the player as they revert the slowing effect of Chill Auras and slow effects from Chill Rooms. Warmth Auras are provided by Grill O' Wisps, and Braziers. They can also be provided from regular base-game fireplaces, and fireplaces spawned in by Friendly Fire; but keep in mind that if these fires go out, the Warmth Aura will go out with it. If the player has taken the Pact of Radiance they will experience stat increases while in the aura.

Warmth Auras are also created by Wrath and his super variant in the Glacier. 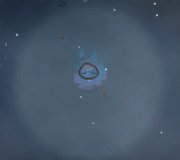 Chill Auras are hazardous to the player. If a player stands in a chill aura, they will increasingly become cold. If they stay in the aura, or the player is in a Chill Room and is not inside of a Warmth Aura, the player's head will freeze and they will be unable to fire. They can reverse the effect by leaving the aura, or, if in Chill Rooms, standing inside of a Warmth Aura. Chill Auras are provided by Chill O' Wisps. 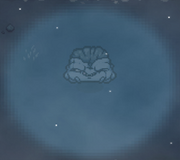 Freeze Auras are a variant of Chill Auras. The player is slowed if they walk into it and Freeze Auras will freeze all player and enemy tears that enter the aura. After a certain amount of time that the tear has been frozen in the aura, or if the freeze aura dissipates, the frozen tears will be shot back at the player. Freeze Auras are generated by Brainfreeze, the non-champion variant of Duke of Flakes and Pride along with his super variant in the Glacier.